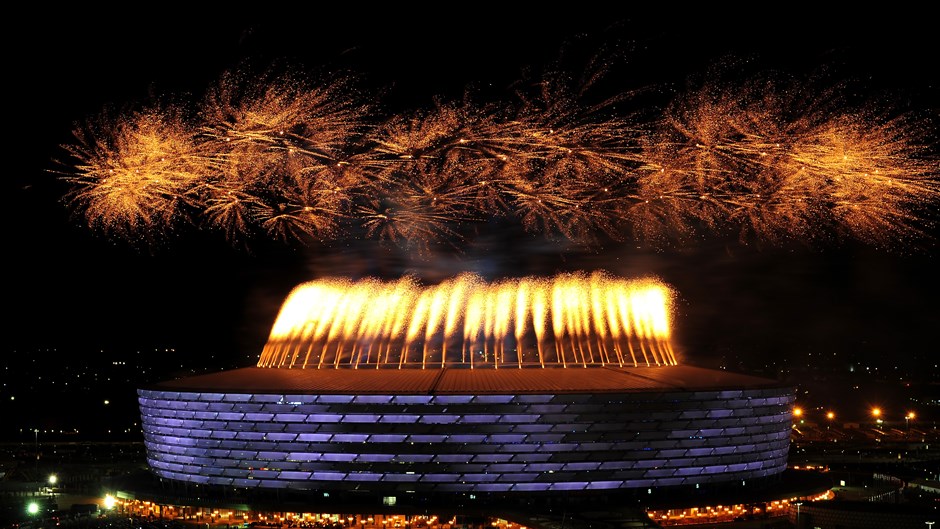 The first ever European Games have been taking place in Baku, Azerbaijan. The Opening Ceremony for the games was held in the newly built Olympic Stadium on June 12. Ending this weekend, nearly 6,000 athletes from 50 countries will have competed in 253 medal events within 20 sports. The artistic direction of the Opening Ceremony was led by Dimitris Papaioannou (2004 Olmpic Ceremonies in Athens) with production designers Thanassis Demiris and Eva Manidaki. Robert A. Dickinson was the lighting designer; Yashi the costume designer; Eric Tucker the pyrotechnic designer; and Scott Willsallen the audio designer.